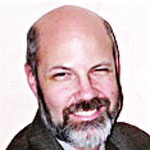 I don’t know about you, but it seems that every time I pull into the parking lot for the monthly SBE Chapter 16 luncheon at Wings Cafe, located in the same building as the Museum of Flight (situated just a few hundred feet west of Runway 31-L of the King County International Airport/Boeing Field), there are plenty parking spots available, even near the entrance doors…and I often arrive just before the luncheon starts!  The conveniences of easy parking and the minute-by-minute live air craft show that is going on along and above the runway, are inviting treats, all by themselves.

Upon gathering at the Wings Cafe on Thursday, February 14th, while Chapter members and guests greeted one another, we were given a lunch voucher ticket – hosted by our presentation guest, Eddy Vanderkerken, the Sales Manager of Broadcast Transmitters for Rohde & Schwartz USA, Inc. 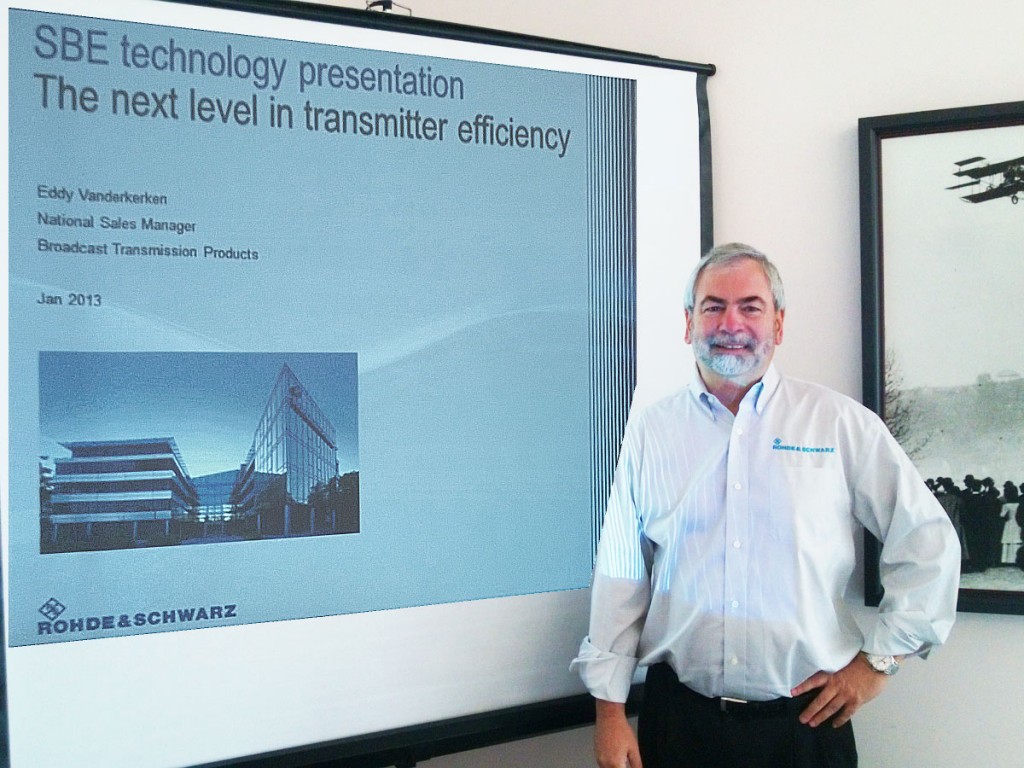 The meeting opened at about 12 Noon, with Chapter Chairman, Arthur Willetts, starting the “around the room” self-introductions by each person in attendance.  Our Chairman brought our attention to the 2013 SBE Membership Drive – SBE leads the way in helping you achieve your Broadcasting Industry education and professional certification goals.  There are some very nice prizes for various levels of new Membership achievement.  Additionally, a reminder that it’s that time of year again for regular membership renewals, which are due by April 1, 2013.  Arthur also reminded us that the online SBE store tab on our national web site (http://www.sbe.org/sections/store_merchandise.php) offers logoed pens, pins, hats, shirts and other neat stuff to increase your flare count.  SBE membership retention, the quest for new members and the rekindling of our connections with former members to encourage them to return to active membership, was discussed.  A nice Get Well Soon card for Chapter 16 member Arne Skoog was circulated for personal notes and signatures.  Our wishes are held high for his recovery and for the improved health of our other members that are suffering with illness.

A special guest introduced by Chairman Willetts was Ms. Robin Cole, Vice President of Products and Services for iStreamPlanet.  Robin described some of the remote video program delivery alternatives that are now available to help in managing and monitoring live linear video streaming for use in on-air and Internet broadcast facilities.  Their systems are designed to ensure the broadcast experience is on par with traditional broadcast quality circuits, at a cost-effective ROI.  In the broadcast TV pressure cooker environment to see who can bring remote live programming on-air first, iStreamPlanet is ready to offer competitive solutions to our industry.

Those in attendance included a new Chapter 16 member, Mario Magaña, IT/Staff Engineer at Clear Channel Media + Entertainment in Seattle.  Mario was warmly welcomed with a nice round of applause.

Our chapter Secretary, Ms. Yezmin Blue, provided news on the expanding professional advancement opportunities through the Certification Program within the SBE.

Waveguide Editor, Jim Dalke, related that the month of March 2013 signals the 30th anniversary of the Waveguide.  There were over 1500 hits on the Chapter 16 web site in January and Jim reminded members that we should demonstrate our appreciation to the active Waveguide advertisers by simply thanking them when we order their goods and services – just a quick “thanks for supporting SBE”…nice touch, Jim!

Our Vice chairman, Buck Matthew (this month appearing with what was nearly a Don King-style hairdo – Buck, you are a character!), thanked those in attendance for the fine turnout and advised that he is working on some exciting offerings for future Chapter meetings.

The presentation this month by Eddy Vanderkerken, started at about 12:25PM.  Eddy provided an overview of the Rohde & Schwarz business story.  With a legacy of 80-years in the manufacturing of test and measurement devices, TV and Radio transmitters, specialized secure/clandestine telecommunications systems, Radio Monitoring & Radio Location systems (USCG and other agencies rely on their equipment), the Company is still privately held by the founding families.  Their European production facilities are located in the Bavarian community of Teisnach, Germany and they now have a USA headquarters for repairs and maintenance in Columbia, MD.  They also have an Research & Design facility in Beaverton, OR and the offices that Eddy works out of are in Flower Mound, TX.  By the way, the appropriate pronunciation of the Company name sounds like: “Road & Schwarz”.

Eddy offered descriptions and comparisons of overall Digital Television (DTV) transmitter efficiency values, from tubes to transistors.  Reminding us that improvements in efficiency are usually found through incrementally small steps, Eddy walked us through the unusual technology leap that was brought by the manufacturing of transistor with better parameters – the old 32 Volt LDMOS transistors generally had efficiency values about 18% to 22%, but the advent of 50 Volt LDMOS devices brought more power and gain – raising efficiencies to nearly 30%.  Adding in the progressive improvements brought by closely controlling Peak to Average Power Ratios (PAPR), modulated power supplies, waveform clipping, Switched Mode Power Amplification (SMPA) and their new “King of the Hill” transmitter design using a combined R&S Doherty scheme that yields about 40% overall efficiency.

As Eddy described it, the air cooled (low and medium power) and liquid cooled (high power) transmitters include clever power supply design objectives that have made each of the rack mounted R&S transmitter power amplifier (PA) drawers an independent device that can be easily “hot swapped” or simply removed, without disrupting on-air operations (the only impact is a net reduction in the total available transmitter output power).  There was a lot of interest voiced regarding the cooling system design and function.  Basically, a liquid coolant (demineralized water with an anti-freeze component) is circulated through a closed-loop manifold system in the transmitter, using quick-connect plumbing and electrical fittings on the back of each PA module to extract the heated liquid from the transistor devices to an outdoor radiator.  The redundant pump system uses a long life, armored and ruggedized flexible hose system to move the coolant from the transmitter to the outdoor radiator and back inside to the pump.  The pumps only cycle on when convection movement of the coolant is not adequate (usually when the ambient outdoor temperature is a little on the high side) and they gracefully ramp the pumping speed up and down as necessary to meet cooling specifications.  The radiator system includes electric fans to assist in cooling on those really warm Pacific Northwest Summer days.  Each of these features serves to improve the overall efficiency of the Rohde & Schwartz DTV transmitters.

For further details and to receive copies of the detailed descriptions provided in this presentation, please contact Eddy at his email addy: eddy.vanderkerken@rsa.rohde-schwarz.com or his office telephone number:  469-713-5322