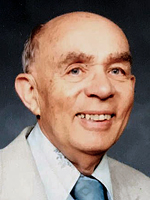 The broadcast engineering community lost a true broadcast pioneer when George Frese passed away on November 23, 2018.  George’s broadcast career touched many SBE members in the Northwest and he will be missed and well-remembered.

George Melvin Frese, retired professional consulting engineer for broadcast and television from Wenatchee, Washington.  After graduating from Washington State University with a BS in electrical engineering, he served in the United States Army during World War II.  Upon being discharged from his military service, he began his career in broadcast engineering.

Several SBE friends and members have shared their personal memories of George in “Clay’s Corner” for March ( http://sbe16.com/?p=6604 ) 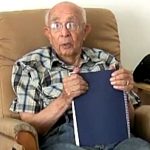 George shared his fascinating personal history in a video with his Grandson several years ago and the video was recently posted on YouTube at https://www.youtube.com/watch?v=0aUt5Rg_SSU.

George wrote an autobiography about his experiences in World War entitled “Lost History and a Bizarre Mystery: May, 1944-August, 1946”.  A paperback version of the book is available from Amazon. 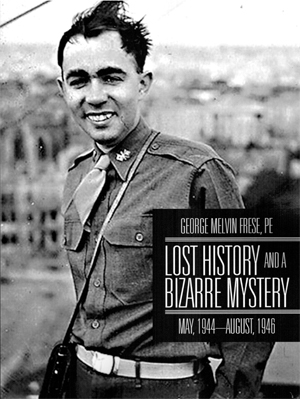 Amazon summarizes the book as follows: Author George Frese was captivated as a young child by the new technology of his day-radio. When he was sixteen; he and a friend developed a crude form of radar that could detect airplanes. In fact; he got in trouble with the United States government when he tried to send his discovery to the British to protect them from being bombed by the Germans early in World War II. He thinks that that exchange was not forgotten by the government and provides some insight into a strange situation that he encountered while serving in the army. When George Frese joined the US Army following his graduation from college at the height of World War II; he kept encountering anomalies in the way he was treated. Once he finished advanced training; he was never assigned to any unit; and he never received any orders. He was always “unattached and unassigned” Commanding officers consistently told him; “Here is a job if you’d like to volunteer for it; but I can’t order you to do it” Finally; he was sent to Europe; eventually making his way to Berlin after the war was over in Europe; there; he ran the long lines of communications that connected all of the allies across Europe. This marked the beginning of his adventures in post-war Germany. Providing a description of many intriguing events-described here for the first time-Lost History and a Bizarre Mystery shares one man’s memorable army experiences.

A Service will be held on May 4, 2019 at Jones & Jones-Betts Funeral Home, Wenatchee, WA. Please express your thoughts and memories on our online guestbook at https://www.jonesjonesbetts.com/obituaries/George-Frese/ .

You can also post your thoughts and memories below.