Eric Swanson of Hatfield and Dawson Engineers presented a summary of the television repack and the impact on the Seattle-Tacoma television market.

Chapter Chairman Dave Ratener opened the luncheon with a brief meeting that included some of the plans for the Chapter Christmas Party in December.

Erik’s presentation included a powerpoint presentation that described the history and implementation of the FCC repack from the original auction of the upper 13 UHF television channels to the wireless industry.

Phase 7 of the repack plan included the Seattle market with the deadline for the move on October 19, 2019.

Eric says the FCC target is to have all of the stations in the US to complete vacating the channels for the wireless carriers by May 2, 2020, but it is unlikely all of the channel changes will be complete by that date.

In the Seattle Tacoma Market the following stations changed:

Stations that did not change include:

Thanks to our chapter photographer Allan Freedman for the pictures. 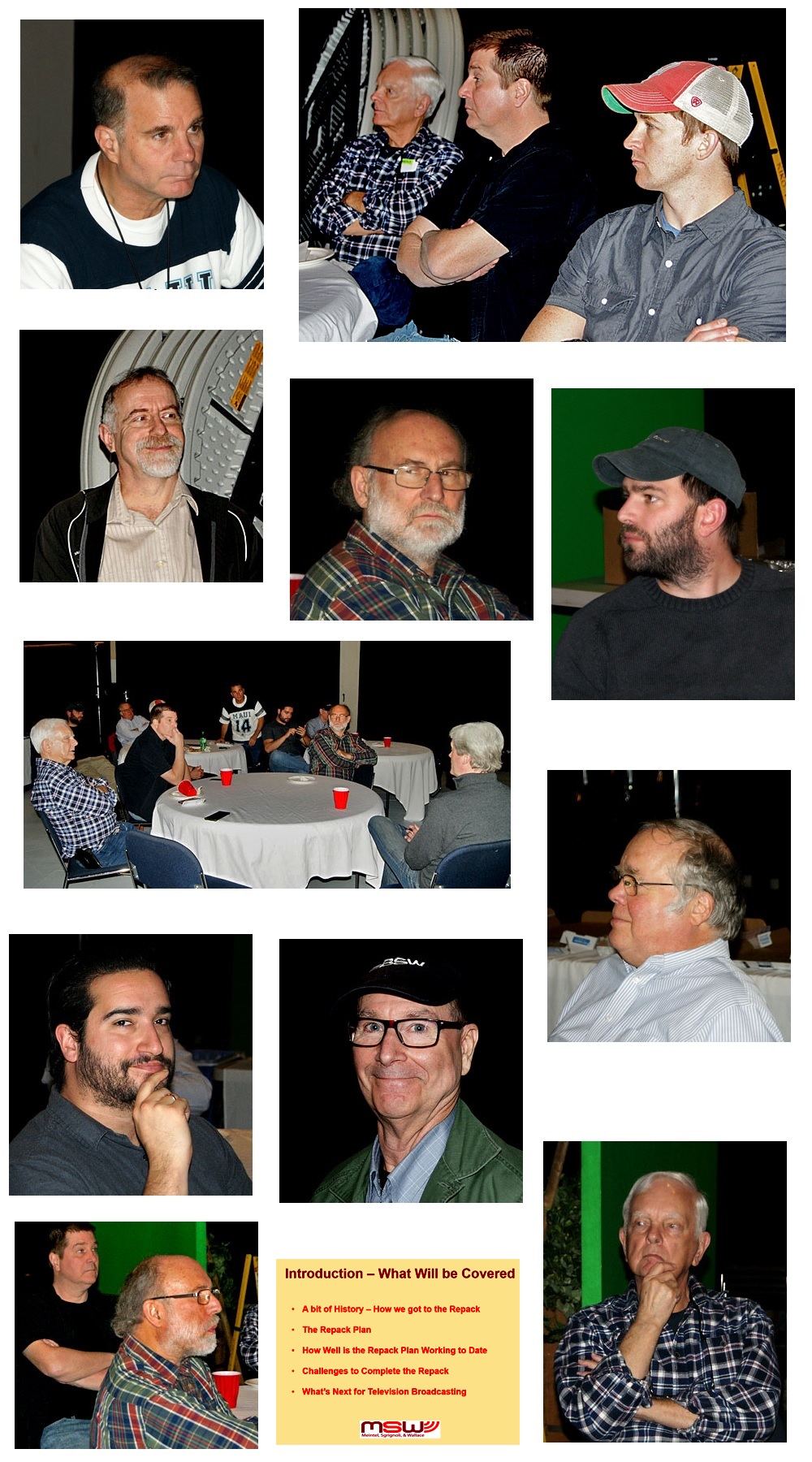