Clay’s Corner, providing news and views from a broadcast engineers perspective since September 1986

As I begin to look at my stack of notes that will become this column, I am overcome with how much the world has changed due to the outbreak of the Corona Virus. A month ago, likely no one would have predicted the situation we are all in now. All we can do is hunker down and pray that this nasty bug does not find us, or our loved ones. Perhaps the good news is that most that get it, recover. However, the odds of a good outcome diminish with one’s age.

Then there is the matter of Toilet Paper!!…

No better evidence of fear is the irrational buying of toilet paper. The media grabbed onto this one and ran stories about it, causing more fear and more people buying more toilet paper. Fear causes people to do strange things. Panic is a powerful motivator!

One expert explained it this way: “When people are stressed their reason is hampered, so they look at what other people are doing. If others are stockpiling, it leads you to engage in the same behavior,” he said. “People see photos of empty shelves and regardless of whether it’s rational, it sends a signal to them that it’s the thing to do.

How far will people go to get T.P.? Police Dept. in Newport Oregon posted this on their Facebook page: “It’s hard to believe that we even have to post this. Do not call 9-1-1 just because you ran out of toilet paper. You will survive without our assistance.”

The post then pointed out the different methods used throughout history before suggesting other items that could be used in lieu of “your favorite soft, ultra plush two-ply citrus scented tissue.”

Among their suggestions: grocery store receipts, newspaper, cloth rags, magazine pages, cotton balls and even leaves. “Be resourceful. Be patient. There is a TP shortage. This too shall pass. Just don’t call 9-1-1. We cannot bring you toilet paper.”

Some creative folks, now apparently faced with time on their hands, came up with a solution to the problem with their, now famous, Toilet Paper Calculator – howmuchtoiletpaper.com

This event has brought to light a number of issues with shortages, whether it be protective devices for medical personnel or T.P. I submit that a lot of these problems can be traced back to our new way to doing things. Industry calls it ‘Just in Time Inventory’ or JIT for short. I looked up a definition and found this:

Just in time (JIT) inventory is a strategy to increase efficiency and decrease waste by receiving goods only as they are needed in the production process, thereby reducing inventory costs.

With advances in getting products from manufacturers to those that need them in a short period of time came a big shift in thinking. Why should a maker of widgets, or a retailer, waste money creating a warehouse for items when they could order them shortly before they are needed. Today we have FedEx and UPS and many others that can get it to the end user quickly, and cheaper than stocking these items locally. This process has been widely adopted and, via the use of computers, has become SOP.

Getting back to T.P., a store knows, based on experience, just how much of it they need to order, and when. The distributor works the same way, as does the manufacturer who knows, again based on experience, just how much they need to make. No one, at any of these levels is going to stock much, for that is considered a waste. Now what happens when there is a huge spike in demand. Everyone in the supply chain is caught short.

Apparently, this process was thought to not apply to medical equipment and supplies. When the demand spiked, the ‘supply chain’ was caught short with many politicians and citizens wondering what happened, wondering why Government could not just snap their fingers and solve the problem.

This is simply supply and demand at work. When demand is constant, it works great, when there are spikes in demand we have to wait. Now that you know that, perhaps you are like many and want to blame someone for this method. I’m here to help! The practice of using JIT was pioneered by TOYOTA in the 1970’s and remains hugely popular today. Want more info? Google JIT and read all about it.

Like all events like this, there are winners and losers. Unfortunately, the list of losers is going to be very long, so, here are my thoughts on the winners:

— People still on the road

As I look forward, using my fuzzy crystal ball with weak batteries, I have been asking the globe for some answers. Here is my short list:

— How bad is this going to get?

— What draconian measures are yet to come?

— How long is this going to last. Is there light at the end of the tunnel?

— When will things get back to normal…or will they ever?

— How long will it take to repair the damage?

— Will we look back and call this period – 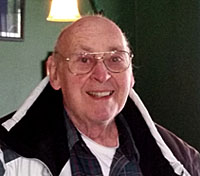 For the past several years, a group of ‘old’ broadcast types have gathered for breakfast in Auburn. On March 7th, prior to going to the electronic flea market in Puyallup, I was sitting next to Stephen Lockwood. This year was a bit different. Only a couple of the breakfast bunch was going to Puyallup, as the Corona Virus issue was just getting started. I was pleased to see Gary Hart joined us.

One of those two that went on to the Flea Market was Stephen. The rest of us swapped items we had brought to the breakfast and went on our way. Then 8 days later, Stephen posted this on his Facebook page:

Hi, I have tested positive for COVID-19. I am sequestered in a hotel in Dallas and in good care of the medical staff and the Dallas County Health department.

I tried to come home on Thursday but realized I had a fever and went to the ER. They diagnosed me with STREP and felt the need to run the COVID-19 test. This came back positive yesterday.

I seem to be through the worst of it. The fever has broken and the congestion is not to bad and seems to be manageable.

In general terms I do not recommend this as it is most unpleasant.

I have discovered food delivery and will make it through. I need to be symptom free for 72 before I can come home.

The girls are home and well.

I have no idea of where I could have picked this up.

Please take the recommendations seriously and stay home if you can.

Please remember me before the Almighty.

Hi everyone. Stephen’s condition is being managed by a lovely team of medical professionals that specialize in public health matters and emergency medicine. He is stable and responding well to treatment. He is back in isolation, resting. You are welcome to reach out to him on his mobile number and by e-mail. He needs to rest so texts and email are the best way to reach him. Thank you, to all the hands and feet who have supplements that I send him in overnighted packages.

So good news. My temperature is 97.8 degrees this morning so I may be nearing the end of this. Thanks for all the notes, calls and prayers. I can go home in a few days.

I related this to several. Thus far, at this writing on March 24th, It appears I did not catch it. None the less, I consider it a close call.

Meanwhile there are other things in the news related to broadcasting:

I recently had a chat with Dave Ratener who confirm rumors that he is no longer with Hubbard, after 8 years. If I recall, he took the place of the late George Bisso. I suspect that this may have had a lot to do with the economy. Radio clusters in this area are learning to deal with reduced staffing levels, a situation that is likely to get worse.

Could KING & KONG-TV have new owners coming? Apparently, there are several that are making offers for their parent organization, Tegna… Byron Allen, Gray Television (later withdrawn), Najafi, Trinity and Apollo Global Management are names I’ve seen. One of the reasons is that Tegna has been doing better than many, making them a take-over target. I wonder how many of these will say ’Oh, never mind’ as a result of the free-fall of the coronavirus economy? Tegna owns 62 TV stations in 51 Markets, reaching over 41 Mega-people.

The FCC is gearing-up for an auction that would, they hope, generate just under $10 Billion that would shift 280 MHz of the 3.5 GHz C-band to wireless uses. This would leave 200 MHz of the band for the satellite links that broadcasters depend on. That money, presumably, would be used to pay for the expenses related to the shifting in frequencies, including the cost of launching new Satellites. A very similar process was used for the TV Re-Pack.

The following item was spotted at a local electronic parts retailer in the area by Mike Brooks:

I recall installing one of these at WEAW in Evanston, Ill in the early 70’s. Are there more stories to tell about this item that you’d be willing to share? How about the item that preceded this one that was made by RCA? Did any of my readers ever deal with one of these?

Early in the month, access to the transmitters at West Tiger became more difficult with a slide. 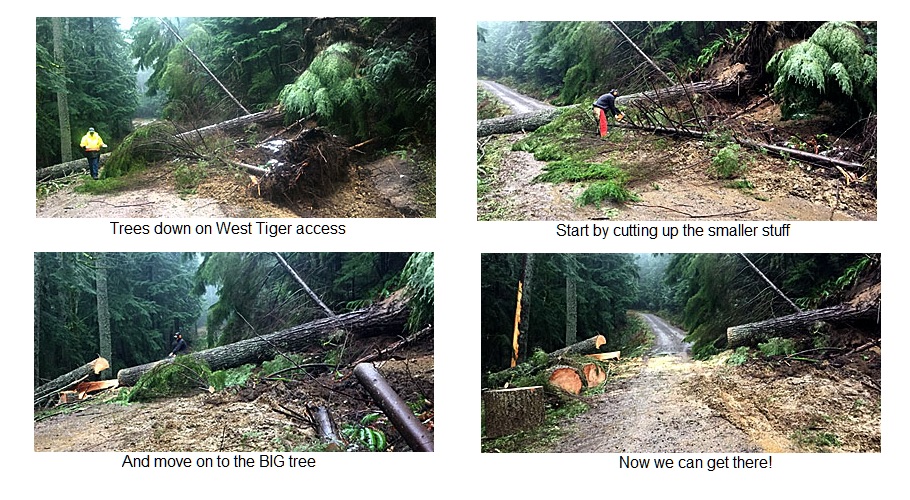 Look at the size of the piece that was cut out on the lower left.

Cumulus, before the onset of the coronavirus, surrendered licenses to two of their AM stations in Macon, GA and Amarillo, TX. I suspect another examples of the demise of AM. Interestingly, both AM’s had FM Translators. Contributing to the problem was their size. The Macon station was a 1,000 Watt Daytime only. The one in Amarillo was 1000 Watts day and 219 Watts at night.

On March 6th, the President and COO of iHeartMedia spoke to investors about their increased reliance on technology as they shrink their real estate foot print. This is interesting in light of the fact that the company, not long ago, eliminated 80% of their Seattle engineering department.

This past month saw Classical KING-FM move into their new, 4000 sq. ft. digs on Mercer Ave, around from their previous location at 10 Harrison. Could this have been the last PR&E Console in Seattle?

The FCC is being asked by an increasing number to approve all-digital for AM Broadcasting. Not sure, in this economic climate, whether anyone will be willing to fork over the funds to make it happen, however.

Before I close for this month, let me leave you with a bit of humor. Lord knows, in this time of panic and fear, a little humor can go a long way. 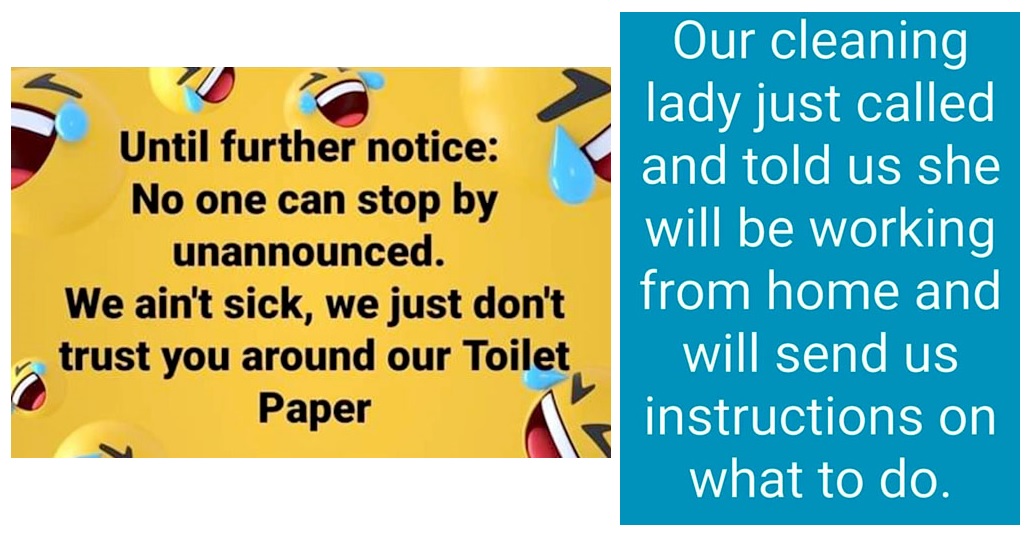 That’s about it for this month, my friends. Lord willing, I will be back next month to most of the usual locations.

Until then, hunker down and stay safe!!