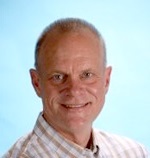 Steve Moreen of Dielectric will be our presenter for the “virtual” Chapter Meeting Wednesday, June 13 at noon.  This will be a Zoom online meeting and you will be getting information on how to log on through the SBE 16 email list.

Steve will be talking about Dielectrics work to help broadcasters complete the final repack phase.  Steve will also talk about Dielectrics developments in the NextGen TV transition.  He will include a picture tour of the Dielectric manufacturing plants in Raymond and Lewiston, Maine.

Steve, KA6UGS, is the Western Region Sales Manager for Dielectric and has been a Ham since 1967.  Steve’s first job in commercial broadcasting was as a high school student in 1969,  Since that time, he has worked as both technician and chief engineer at various radio and television stations as well as president and general manager of a commercial satellite teleport.