Chapter 16 has selected Michael Brooks, CBRE, as the Chapter Engineer of the Year for 2020.

Michael has served on the Chapter Board of Directors and is currently the Chapter Secretary.

He is employed at Seattle’s Classic KING FM as the station’s Studio Engineer, daytime on-air host, and Chief Operator.

Michael recently managed the planning and installation of the station’s new studio facilities in the Seattle Opera’s civic home on the Seattle Center Campus. 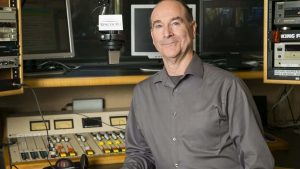 He began his broadcast career in 1972 with Delaware stations WTHD-AM and WAFL-FM and has been employed in broadcast in both technical and operational positions since.

Michael is an amateur radio operator with call sign KA7WQK.