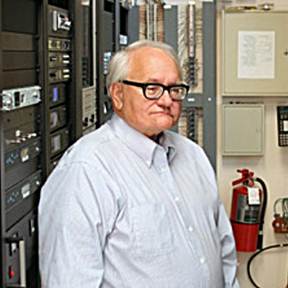 Comments are open below for your memories.

Long time SBE member Terry Denbrook passed passed away Sunday, Oct. 23 at the age of 66. Terry was a cancer survivor but had suffered from complications due to its treatment. He never let those complications slow him down.

Terry’s career in broadcast started at a young age. His radio life began at KTWR (now KMTT) in Tacoma in 1958 mentored by KTWR’s founder Tom W. Read. While a student at Tacoma’s Wilson High School, Terry worked as a board op and engineer for KLAY-FM Tacoma for 4 years. Once in college as a student at Pacific Lutheran in Parkland WA, Terry became the program director and engineer for KPLU. He graduated from Pacific Lutheran University and attended Bates Technical College in Tacoma and the University of Oregon in Eugene. After five years at KPLU, Terry worked as a freelance engineer in radio and for Puget Sound Audio.

In spring of 1965, the father and son team of Loren F. Denbrook and Terry W. Denbrook founded a company called Denbrook Enterprises with the goal of starting the first FM-only commercial radio station in Spokane, Washington. KTWD went on the air in 1966 as Spokane’s first stereo FM station. At the age of 21, Terry served as chief engineer and station manager and lived in an apartment right above the station whose call letters contained his initials.

In 1970, Denbrook Enterprises sold KTWD and Terry entered the world of television. He worked six months at KGVO-TV (now KECI, Missoula) as maintenance engineer, master control switcher and one of the first ENG (electronic news gathering) operators in the country. He then spent two years at KREM-TV Spokane as a video tape operator and camera operator.

Terry came back to Tacoma to help with his father’s electronics company and to start his long association in broadcast services at the University of Washington. With Puget Sound Audio, Terry was frequently called to service tape recorders at KUOW radio in Seattle. It wasn’t long before he was offered and accepted a half time position at KUOW, at the same time, he also took a part time job at KCTS Channel 9. It was Terry’s intention to make his career in TV but, in the end, he decided to stay in radio. In 1976 Terry accepted a full time position as the Chief Engineer at KUOW, a position he held for 35 years. Over this time he helped guide KUOW into the 21st Century by pioneering HD Radio multicast services and expanding its reach throughout western Washington. Terry’s engineering expertise did not stop at KUOW as he often helped out those stations in need.

Ever passionate about broadcast, Terry helped form the local chapter of the Audio Engineering Society in 1978 and was recognized for his efforts in 1998 as founding chair and Treasurer Emeritus by AES.  He always looked forward to attending the AES, PRC and NAB each year to catch up and reconnect with vendors and other engineers.

Terry’s interests extended far beyond engineering. His love for the Big Band Era, pop music of the 1950s, and especially Broadway musicals was legendary. He saw a musical every time he got the opportunity, whether it was in New York, Las Vegas, or Seattle. He provided inspiration and guidance for KUOW’s program The Swing Years and over the years donated many musical works to The Swing Years library.

He is survived by his brother, Rob Denbrook, Rob’s children and grandchildren along with his dear friend Janet “Tsunami” Barnes.

22 comments for “In Memory – Terry Denbrook”