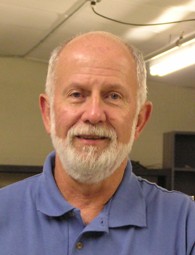 Lots of news this month….

Contrary to what we were hearing, the FCC did not release their new EAS Rules…so the waiting continues.   We do know that FEMA has been testing the new IP based national system called IPAWS open.   For those of you that have Dasdec EAS equipment, you can receive the test messages being sent by the Feds.

On the subject of EAS, the next SECC meeting will be on January 11th at the NWS facility at Sand Point at 930 AM.   If you are interested in EAS, please join us.

Apparently KSTW is continuing to take apart their station.   Sad to watch this station continue to get smaller.  First they sold their, very nice, studio complex in Tacoma to move to Tukwila, and then they moved into the transmitter building (Shades of Channel 13 in the 60’s).   They sold their tower on Capitol Hill to Richland Towers and now they have elected to shut down their translator near Pt. Townsend.   I remember Paul Crittenden working to get that system on the air.   Thankfully Paul is not able to see the station he worked so hard to build be dismantled, piece by piece.

Fisher has joined KSTW in selling assets, in their case, by selling Fisher Plaza for 160 megabucks.    Now they can look forward to paying about 285 Grand a month for rent to stay there.   Bet their GM just loves that move.

We have another new FM station on the air in this area.  KLOP-FM is on the air from Capital Peak with 76 Kw on 88.1.   This change marks the end of KPLU’s long running translator on that frequency from their former main site south of Port Orchard at View Park.   KLOP is the 2nd FM on the air from the site southwest of Olympia, the other is KNBQ which is now simulcasting KJR.   KPLU will be moving that translator to 92.1.

Everyone is still talking about the sale of KVOS-TV for 2.9 Million.   It’s hard to believe that a TV station is now worth less than many radio stations.   As they say….Who wudda thunk?  The stations new owner also owns KFFV that is broadcasting from the Richland/KSTW tower on Capitol Hill.   The stations new Chief is Rick Kemp who used to be the chief of Channel 22 and more recently was working for Journal Broadcasting in Boise.

Speaking of money…How about the Clear Channel debt?   It’s in the Billions!

Every once in a while you read about a tower worker falling from a tower to their death in what has been described as the most dangerous occupation in the world.   On Dec 26th a tower contractor in Florida died while 600 feet up a tower.   Apparently he was changing out tower lamps at the time.  I took 4 hours to recover the victim.   Tragically, his grandson was working on the ground and was the one that called rescue workers.

Seattle area radio ratings are out and Sandusky’s Warm-106 is enjoying a solid #1 rating.

Looks like this year could be a real winner for those stations that are able to cash-in on the political bucks….especially if what’s happening in Iowa is any indication.  Reported $10 Million has already been spent.

The FCC has extended the dead line for comments to permit asymmetrical power levels in HD Sidebands.  The situation is this ….Some FM stations are limited as to how much they can increase their HD power levels (from -20dbc) due to adjacent channel stations.  After all, those HD carriers are actually on adjacent frequencies.   In some cases a station could be ‘clear’ on one side permitting -10dbc operation, while limited to some lessor power level on the ‘other’ side.   The proposed rule would permit those stations to increase HD power levels to the maximum permitted by running different amounts of power in each side-band.   The delay is apparently due to the Holiday’s.

Here’s an interesting situation – What happens when an AM Station applies for and is granted an FM Translator…and then, for perhaps a very good reason, turns off their AM …Can they continue to operate their FM?

Copper theft continues to make the news.  Recently about 300 folks in Florida were without phone service as thieves pulled wire out of telephone company boxes.    There have been a couple of interesting ideas surface recently.    1) Include in your ground system some copper tubing filled with Freon.  When the thief cuts into it, letting the Freon escape, they are breaking EPA laws and (perhaps) be subject to more enforcement action.   2) Again use some copper tubing in your grounding system, pressurize it with the same air you use for your transmission lines.   Install a valve to isolate it from the antenna system and install a pressure sensing switch on the tubing.   This way when the thief cuts into the tube (assuming you put the tubing on top) the release of air causes the switch to change state which is connected to a silent alarm.  This should enable the thieves to be caught before they get into the ‘good stuff’…Bating a trap is not really a new idea; however, I don’t know many broadcasters that have used this old trick.     Got an idea, let me know.

A station in Papillion, Nebraska had an un-usual theft…In this case thieves stole their Satellite Antenna, several LP Gas Tanks and the fence that surround it.    I get the impression that everything made of metal is subject to being taken these days.   Seems like only a matter of time before some major station gets hit.   Then the money will be spent on the alarm system.

I’ve written about KOMO adding an FM (97.7) and, more recently KJR with 102.9…Over in Yakima, KIT has added a FM simulcast.    This is just another example of an action that is making more and more people ask the question….is the AM band going to fade away?  Meanwhile it’s reported that Radio added about 1.4 million listeners in 2011.   The new study shows that radio now reaches some 241.3 million people over age 12 each week or 93% of the population.   Not too bad for a medium this old.

While in Durango, Colorado this past fall I could not help but notice the picture on the elevator door.   I just have to share this with you …

I have to wonder if the hotel had any idea of the significance of the sign on the old truck? 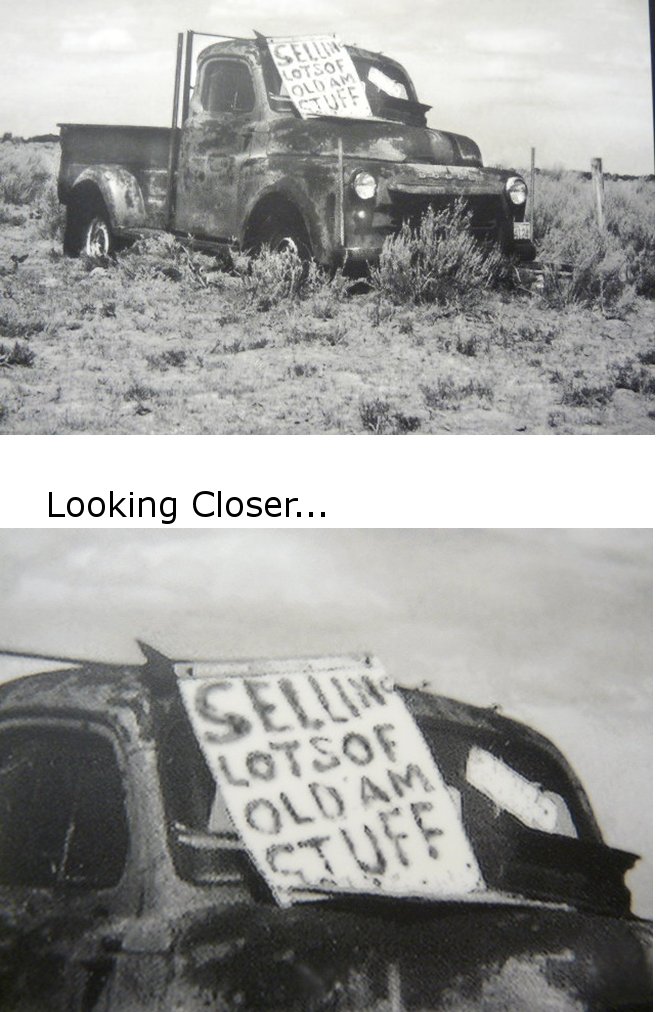 It’s the time of year for predictions and the USC Annenberg Center is out with theirs…Printed newspapers will virtually disappear in 5 years.    I guess I’m really an old foggy…but I enjoy going to a restaurant for breakfast while reading the paper.   I guess I am supposed to take a “pad” with me …or read the on-line edition on my smartphone?

KWDB in Oak Harbor has been sold and, for some odd reason, the media trades are stating that this station is in the Seattle-Tacoma area.  Someone needs a geography lesson.

The FCC has new environmental rules in the works for towers that require ASR’s.  After 8 years of study they have concluded there is some impact on migratory birds.   If you really want to know…check out – http://transition.fcc.gov/Daily_Releases/Daily_Business/2011/db1209/FCC-11-181A1.pdf

The CALM Act and FCC Rules designed to deal with loud TV Spots is on the way …December 13, 2012 is the date.

Interesting to follow the troubles for LightSquared.  This is the firm that proposed to build systems using spectrum adjacent to the existing GPS band.   Let’s put it this way…Glad I did not invest in this one.

A really bad windstorm in SoCal a month ago caused an antenna to fall off a tower, perhaps more correctly, was blown off a tower.   In this case, KSCI’s UHF-TV Antenna consisted of a 60 foot Andrew slot array on top of a big 20 foot pipe.   Remarkably the antenna fell away from other users of the tower causing minimal damage to other equipment.  Thankfully it was on a remote mountain top near LA and did not injure anyone.    I can’t imagine what would happen if something similar took place on Queen Anne or Capitol Hill.

Not long ago there were those that were predicting that Satellite Radio was doomed to fail….Perhaps their demise is yet to come….for now Sirius-XM is predicting there will be 100 million cars equipped with Sat-Radio in 2012.   Perhaps they are counting folks like me whose car came with one.  After losing the signal every time a grove of Firs got in the way I decided to pass.

Ever since computers and the Internet have become part of the average home, broadcasters have been concerned about this new competitor for people’s time.    Now we have a new study that looks into why people go online….the conclusion – ‘for no particular reason’ or to just past the time.  Now if broadcasters can figure out how to combat that one.

In an interesting move….The Alabama Broadcasters Association has announced they are going to establish a Broadcast Engineering Academy at the ABA office.   They are working with the SBE to insure that their work is eligible for SBE Certification.   I asked Mark Allen of the WSAB if he was aware of this, he said he was, but there were no plans to do this here in this state.

Last month we played with the over use of the work ‘UP’….and thanks for the contributions, I may re-visit this in the future.

This month we will continue our educational series with a wonderful collection of nouns for various groups of animals……A – HERD of cows, a FLOCK of Chickens, a SCHOOL of fish,

And a GAGGLE of geese.   Then there is a PRIDE of lions, a MURDER of crows, an EXALTATION of doves…or, a PARLIAMENT of owls…..But what about a bunch of Baboons?

And what is the proper collective noun for a group of baboons?   Believe it or not….’a CONGRESS ! 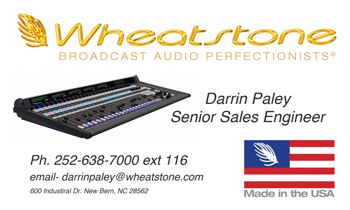