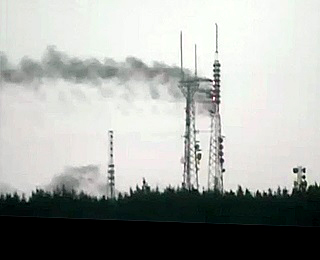 Jim Dalke, CPBE, Editor – Six Seattle Class C FM stations were knocked off the air Thursday morning, November 8 when a Tiger Mountain master antenna suffered major fire damage. Damage appeared to be confined to the antenna array on the tower and the transmitter buildings below were undamaged.

The Tiger Mountain facility is located about 20 miles east of Seattle at an elevation of 2800 feet. The master antenna is a 32-bay array on a self-supporting 300-foot tower.  The combined RF power from the six transmitters is about 150 kW.  The tower structure and antenna array were built in 1999 by American Tower.

It is not known how long it will take to repair or replace the massive antenna array. Meanwhile, the stations will be broadcasting from their auxiliary sites.

The smoke at tree top level in the above WSDOT photo  is from the burning debris that has fallen off the tower.

Below are some gallery photos with more coming. 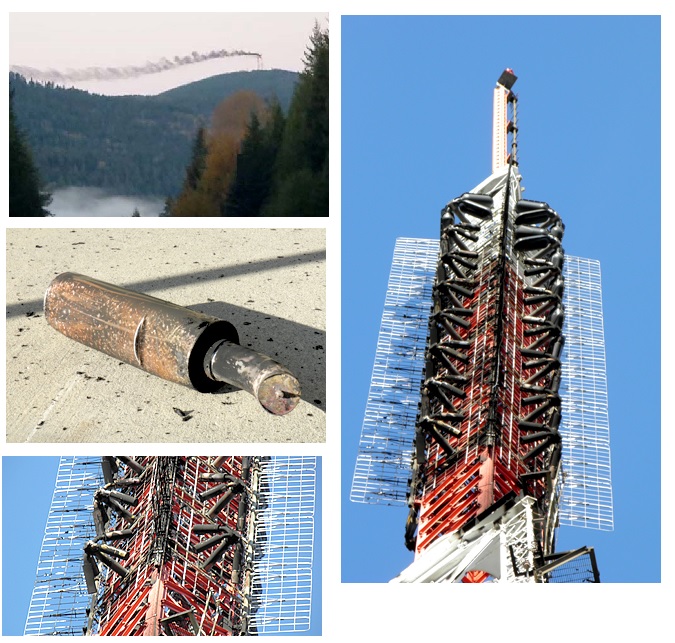