The SBE Chapter 16 April Luncheon was held on Wednesday, April 17 at the KIRO-TV studios in Seattle and was attended by 10 members and friends of the chapter.

Vice Chair Dave Ratener conducted a brief business meeting together and reviewed the board meeting that was held on the previous Monday, April 15.

There was a discussion and review of the NAB Convention in Las Vegas the preceding week, April 6 to 11.

Jim Dalke talked about the presentation he made at the NAB titled “Protecting the Station License”, that he and chapter member Marty Hadfield put together for this year’s NAB Convention.  The paper was also published in the NAB Broadcast Engineering and Information Technology Conference 2019 Proceedings. 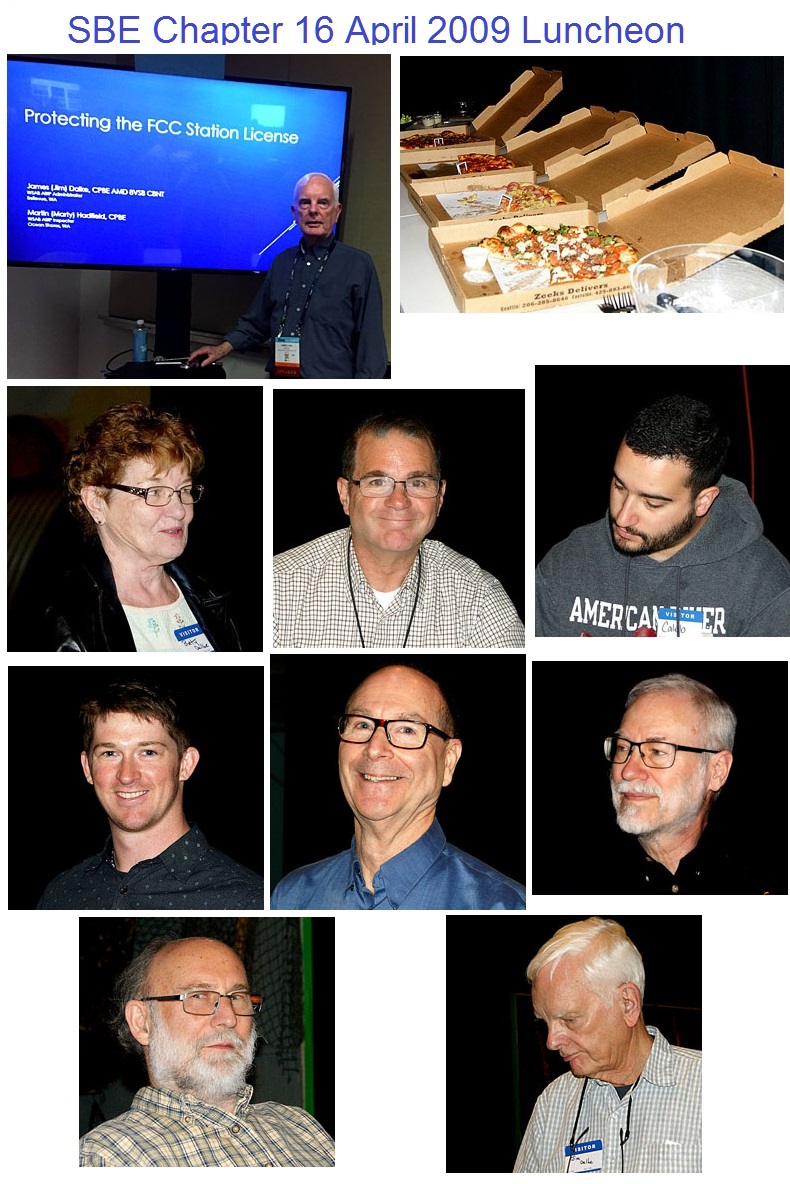