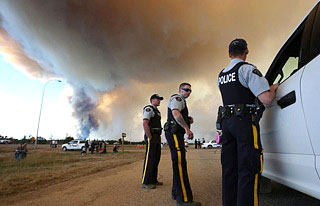 Janene Drafs, Chairwoman of the Board of the Washington State Association of Broadcasters. “Access to our transmitter sites and studio facilities during time of emergency allows us to broadcast important safety and recovery information to the communities we serve across the state of Washington.”

Keith Shipman, President & CEO of the WSAB said “We’re pleased to become the 11th state in America to pass such legislation.”  Shipman also credited Mark Allen of Mark Allen Government Relations for navigating the legislative process and broadcast engineers Keith Nealey of KIRO-TV and Marty Hadfield for offering testimony during public hearings on this issue.

The First Informer Broadcaster legislation is designed to allow broadcast technicians who have registered with the Washington Business Re-Entry System access to their studio and transmitter facilities in order to restore broadcast operations and disseminate safety and recovery information to listeners and viewers.

A First Informer Broadcaster is defined as “an individual who is employed by, or acting pursuant to a contract under the direction of a broadcaster; and maintains, including repairing and resupplying, transmitters, generators, or other essential equipment at a broadcast station or facility or provides technical support services to broadcasters needed during a period of proclaimed emergency.”

Broadcasters must still follow the direction of incident commanders as it relates to safety issues in declared emergency zones.  Key language in the bill prohibits authorities from confiscating resources – fuel, food, water and other essential materials – brought to the site by a First Informer Broadcaster.

Broadcast engineers and technicians are encouraged to register at https://mil.wa.gov/emergency-management-division/business-re-entry-registration .  Once registered and approved, the applicant receive a registration card via email.

Please post your comments below, they are appreciated by our readers.