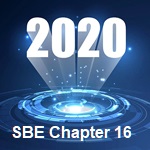 Jim Dalke CPBE, Editor – A year ago, we could not imagine what the New Year 2020 would be like.  Within weeks of the new year, the COVID19 changed our living and work in ways that may never be the same.  In March, Governor Jay Inslee issued the order for Washington state non-essential businesses to close and the world has not been the same since.  While broadcast stations were specifically exempt as “essential business”, most of the management and talent began broadcasting remotely from home.  The task of the broadcast engineer spending most of his time caring for studio and transmitter facilities, now got invlolved in installation, training and maintenance of remote access terminals.

Long time SBE Chapter 16 Member, Roland Robinson, CBTE, CBNT, CTO, was named co-recipient of the SBE National 2020 James C. Wulliman SBE Educator of the Year award.  The award recognizes outstanding service and excellence in sharing knowledge through teaching other broadcast engineers. Roland has been an SBE Chapter 16 Member for 24 years.  He is an instructor of classes in broadcasting and video production at Bates Technical College in Tacoma.

Michael Brooks, CBRE, was selected as the Chapter Engineer of the Year for 2020. Michael is Studio Engineer and daytime host for Seattle’s Classic KING-FM.  Michael recently managed the planning and installation of the station’s new studio facilities in the Seattle Opera’s civic home on the Seattle Center Campus.  Michael was also involved a study of asymmetrical HD sidebands for KING-FM. 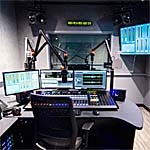 KING-FM moved into their “high-tech” studio facility in the Seattle Opera Center after losing their home for the last several decades on Harrison street, west of the Seattle Center.  Under the watchful eye of SBE member Michael Brooks and the expert design and installation of Utter Associates, the new facility includes four new studios, technological operations center, and office space for the station’s operations.

Two years ago, six Seattle Class C FM stations on Tiger Mountain were knocked of the air when their master antenna suffered major fire damage.  After operating from auxiliary sites and temporary antennas, the stations were finally able resume full operation from a brand new ERI master antenna this year. 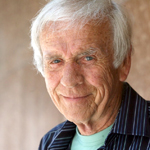 Long time KJR disc jockey and broadcast entrepreneur Pat O’Day died August 4.  He not only was one of Seattle’s most popular DJ’s in his day, but he was a station owner and operator as well as a successful concert promoter and voice of the annual Seafair races.  More than a few broadcast engineers had memorable relationships with Pat over the years. 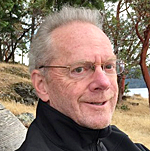 Broadcast entrepreneur Charlie Brown died May 11.  Charlie worked at several Seattle “Top 40” stations in the 70’s and 80’s.  In the 90’s, Charlie developed the VoxPro DAW, replacing reel-to-reel automation with computer software.  Originally developed on the Apple Mac, VoxPro was successfully migrated to the then new Microsoft Windows platform. Charlie started Audion Labs to develop and market the product. Audion Labs was sold to equipment manufacturer Wheatstone in 2015.